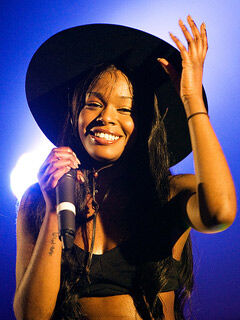 Azealia Amanda Banks (born May 31, 1991) is an American singer. Originally from Harlem, New York, Banks at a young age pursued an interest in musical theatre before eventually becoming interested in a career as a recording artist. She adopted the pseudonym "Miss Bank$" and began releasing her music onto the internet in early 2009.

Banks signed to Interscope Records and Polydor Records and rose in notability in 2011 when she topped NME's "Cool List" for the year. On December 5, 2011, the BBC announced that Banks had been nominated for the Sound of 2012, where she ultimately finished third. Her debut single, "212" featuring Lazy Jay, was released on December 6, 2011, later becoming part of her EP 1991. She released her mixtape Fantasea in July 2012 and plans to release her debut studio album Broke with Expensive Taste in March 2013. 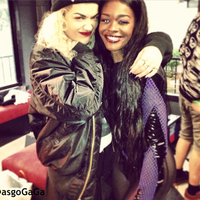