I Will Never Let You Down

"I Will Never Let You Down" is a 2014 song by Rita Ora, produced by Calvin Harris. It the lead single from upcoming second studio album. The offical music video was released along with the song.

Concerning this track, Ora stated, “I think this is the perfect song to launch my new album because I want it to be as personal and honest as possible and I’m happy right now... I’m in a very good place - I'm happy. I really wanted people to just see how I felt and how I want other people to feel when they listen to my music, happy.”

In January 2014, Ora appeared alongside Nick Grimshaw and Paolo Nutini to announce Radio 1's Big Weekend 2014 in Glasgow. During the promotion, she confirmed she had collaborated with Calvin Harris, whom she was dating at the time, on a new song. "I Will Never Let You Down" was first teased in her television advertising campaign for Rimmel London Cosmetics, which first aired during the BRIT Awards 2014 on 19 February 2014.

"I Will Never Let You Down" is an up-tempo dance-pop song/ It is set at a tempo of 128 beats per minute. Ora herself has likened the song to the work of Whitney Houston, particularly her 1985 song "How Will I Know".

This single debuted in the top position on the UK Singles Chart, making it Rita's fourth No. 1.

The music video for "I Will Never Let You Down" was filmed in Los Angeles and directed by Francesco Carrozzini. Ora premiered the video in Leicester Square on 31 March 2014. It was uploaded to her official VEVO account the same day. 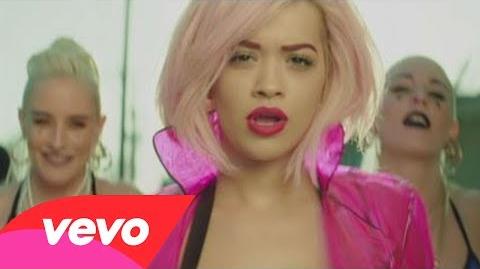