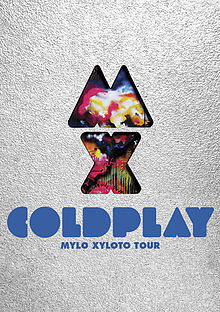 The Mylo Xyloto Tour was the fifth concert tour by British band Coldplay. Launched in support of their fifth studio album Mylo Xyloto (2011), the tour began in October 2011 with a series of one-off concerts in Europe. A full-production show began in December 2011 in the United Kingdom and the United Arab Emirates. It continues into 2012 with shows in North America, Europe and Australasia. The tour was named the fourth-highest-grossing of 2012 by Pollstar with more than $171.3 million earned in ticket sales